A wee bit different this one.  Instead of photos of Scots rockers, here are some pics of international stars visiting Scotland.
From the personal collection of Glaswegian Rob McLeod 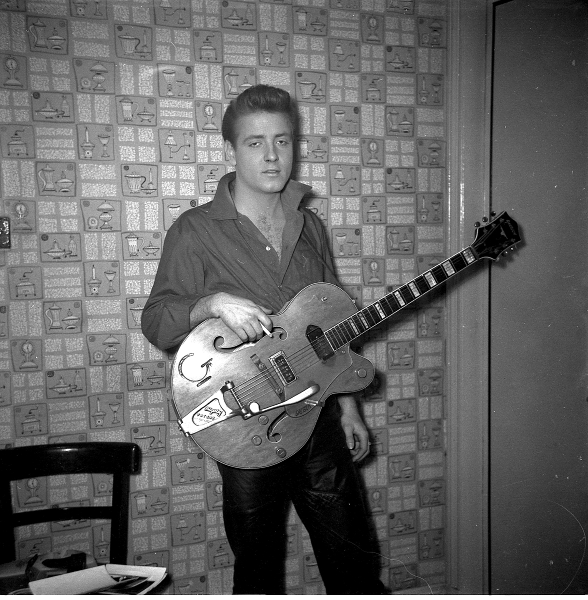 Eddie Cochran with his trusty Gretch backstage at the Glasgow Empire: February 1960
Definately one of the best pics on Rockingscots. 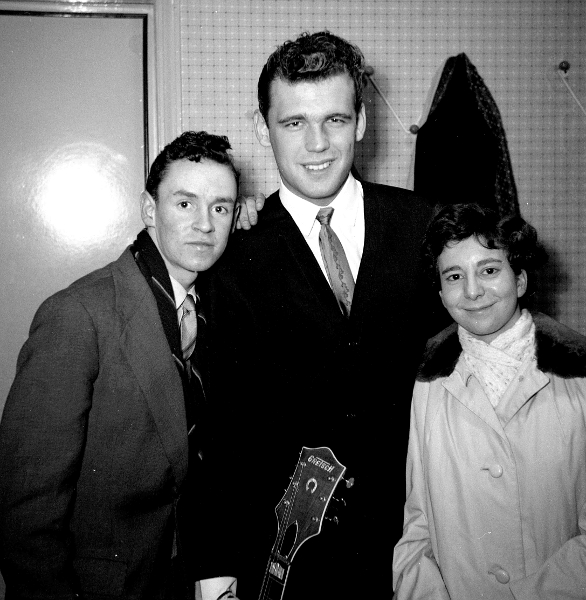 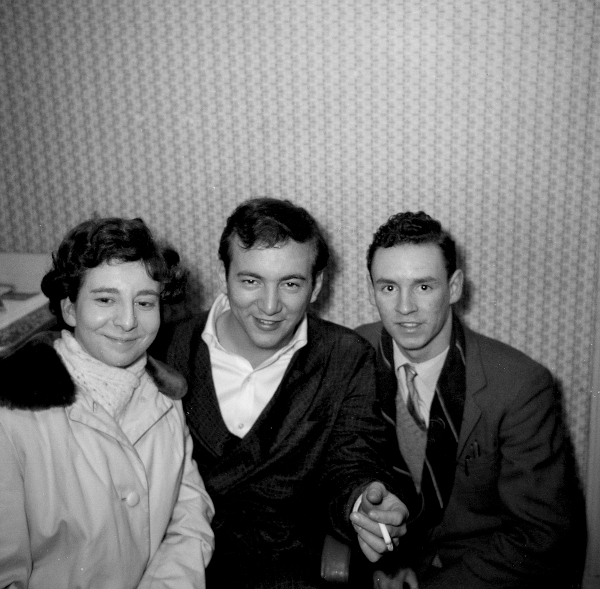 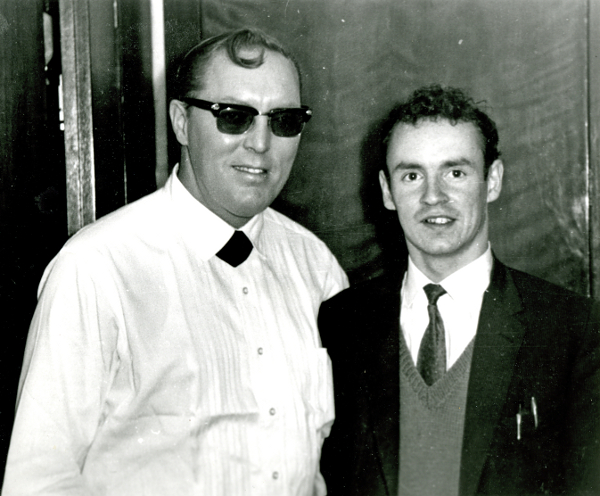 Bill Haley with Rob backstage at the Barrowlands: September 1964.
Note how Rob keeps a couple of pens handy for the autographs. 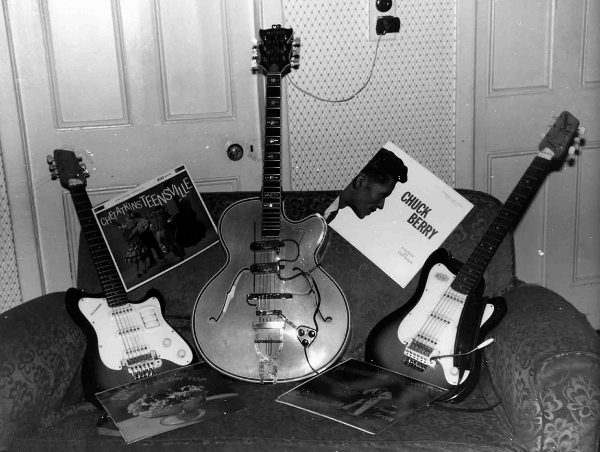 Here's a great vanity pic - we've all taken them.
The guitars are: a Hofner Golden flanked by two Futuramas (a truly horrible Czechoslovakian make according to Rob)
The Hofner belonged to Dave Watson of the New Raiders.
The prized LPs are, clockwise from top, Chet Atkins' Teensville; Chuck Berry's Rockin at the Hops; High School Session and Chuck Berry is on Top. 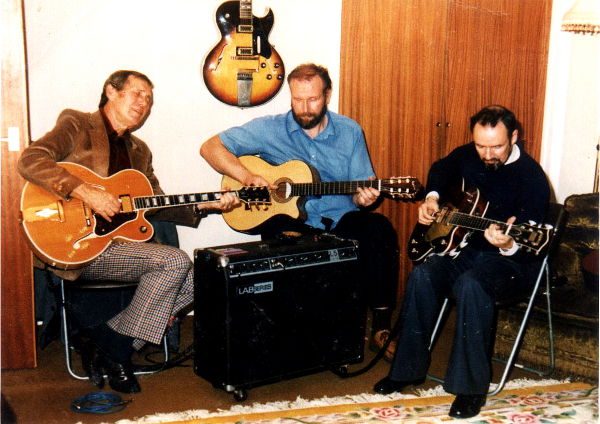