Rockingscots is a website dedicated to Scottish beat groups and rock bands from the '60s and '70s.
Go to the Rockingscots homepage for more groups or to e-mail us.

Note: Charlie Coffils memoir - 'Story of a 60s Drummer' can be easily found online. Check it out. 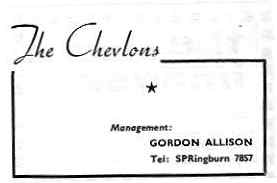 90% of the info on here comes from drummer Charlie Coffils - most of the script, the fantastic front cover of the NME from January 4 1969 and all pics below bar the Chevlons material.
Glasgow group the Chevlons (formerly Jay Anders and the Chevlons) had recorded for Pye - see the labels from a couple of their singles below.
They changed their name to Cartoone in 1967. 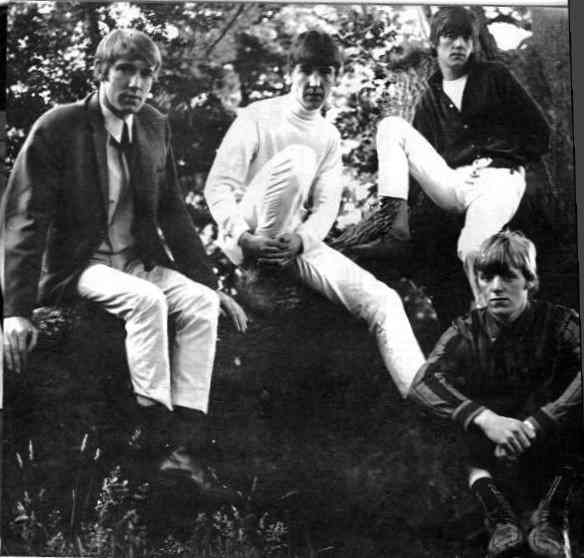 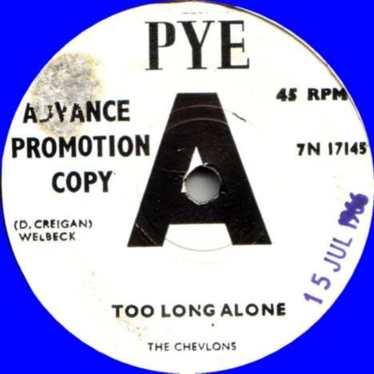 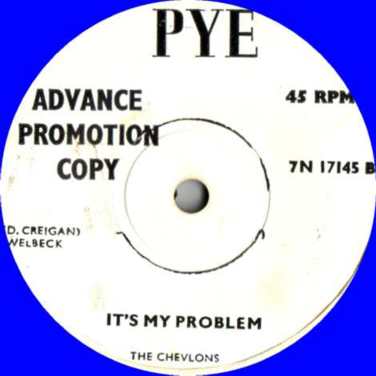 Bobbie Smith seems to have been replaced on drums by Dougie Henderson and was then replaced himself by Charlie Coffils
when Dougie went off to the Poets in 1967 and later of course, to the Marmalade. 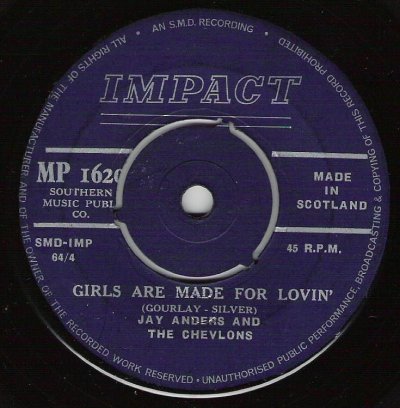 Thanks for the image above to David Nelson.

Through Lulu and her manager Marrion Massey, Cartoone were put in touch with Mark London the writer of Lulu's US No l ' To Sir With Love'.
London was impressed with the band and their songs and took them  into a Denmark St recording studio the next day to record half a dozen songs with just guitar & vocals.
London then took the acetates to Ahmet Ertegun and Jerry Wexler of Atlantic Records who promptly signed them up for a 5 year deal on the strength of the 6 songs, and Mark London's recommendation. 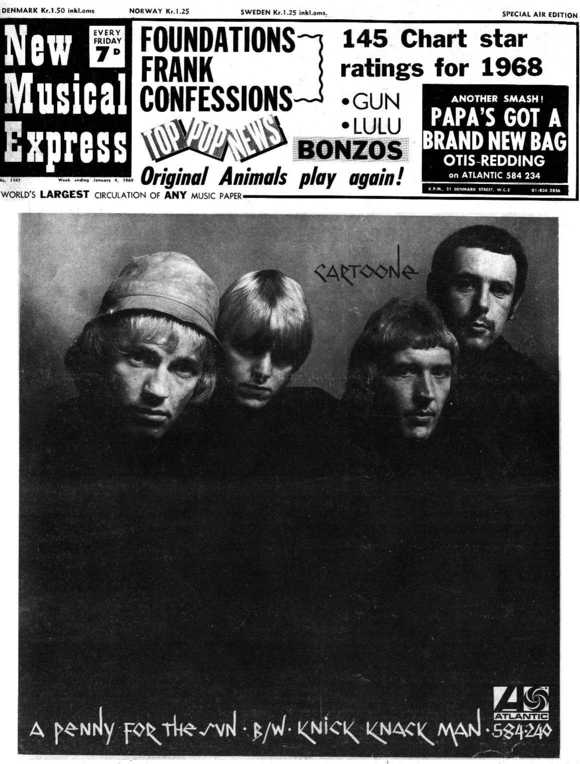 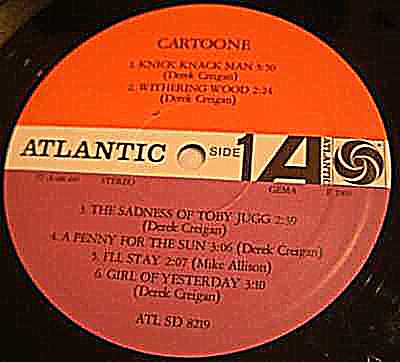 They recorded their first album, the eponymous 'Cartoone', with Jimmy Page as guest artist on all tracks, using his Telecaster and Gibson custom acoustic.
Zeppelin were recording their debut album at the same time. The link to Jimmy was through Mark's mate and Zepps manager Peter Grant.  But don't expect a guitar fest.
This is an understated collection of songs and Page's contribution is necessarily complimentary. He's firmly in session man mode.


It feels at first like there aree two sets of tracks on the album - those with a group feel and those with that are more of a 'singer with backing' including strings here and there.
Think of the Herd's debut - it's that sort of mix.  But with a few plays there is far more to it.  Production is excellent, playing is spot on, the vocals, including the backing oohs & aahs, are outstanding and the song writing is incredibly good at times.  Lots of brooding imagery, bits of psychedelic whimsy, hints of eerie darkness and touches of sadness and regret in the lyrics combined with well placed hooks in the arrangements -  after just a couple of listens you won't get the weariness of the 'Knick Knack Man' or the cruel taunting of  'Toby Jug' out of your head for days.
On a first listen there seem to be a couple of weaker tracks but 'Let me re-assure you' they do get to you to if  given the repeated listening they deserve.
Certainly well worth anyone's money.  A remastered deluxe edition with several bonus tracks - recordings made for an unreleased second album -
- can easily be found on-line. Check our the obvious source. Just type Cartoone.. 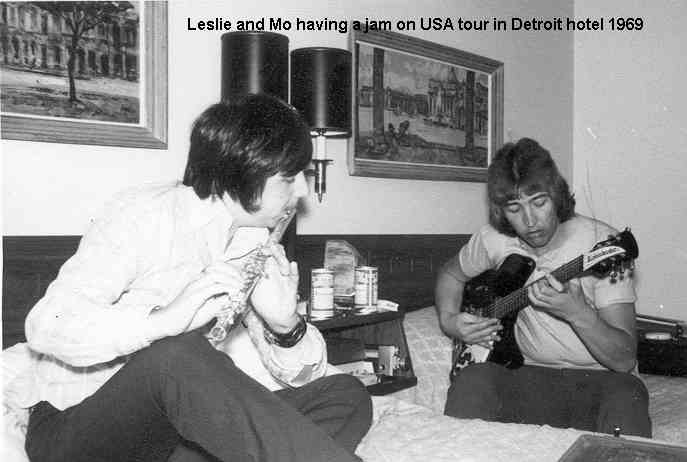 'Les was a musical genius. Pity he died so young at 24 yrs old. Who knows what he would be doing now'.

The numbers recorded for the second album show a definite change of style - gone is the whimsy - we're dealing now with straightforward disillusion,
the bitterness of  marriage gone wrong, regrets on wasted time and the wish for something new from life.
Arrangements are far more basic -  the band plus keyboards and Les Harvey gives his guitar a good workout. 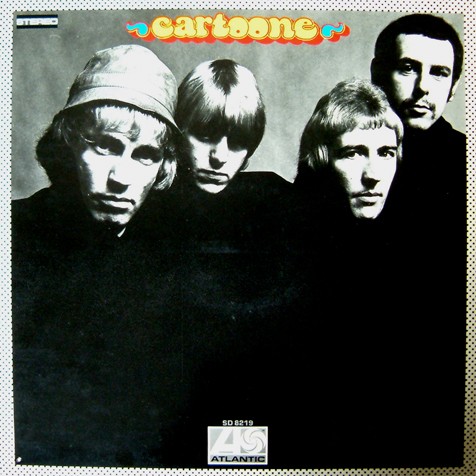 Marmalade were No 1 at the time with Obla-Di-Obla-Da, and Cartoone were on before them so Marmalade borrowed Cartoone's guitars to play their chart topper
- dressed in kilts except for their 'Redcoat' attired drummer.
Cartoone next went on a promotional tour of USA appearing on various TV shows to push their album.
Shortly after returning to the UK it was time to be off to the States again for an Apr-Jun '69 tour supporting Led Zeppelin - how many bands can claim that!
Mike Allison the guitarist didn't fancy the tour and left the band to concentrate on his writing so Mark London brought in Les Harvey.
Les put Stone The Crows on hold, to play the tour. He also guest-ed on Cartoone's (then)  unreleased 2nd album 'Reflections' as again did Jimmy Page. 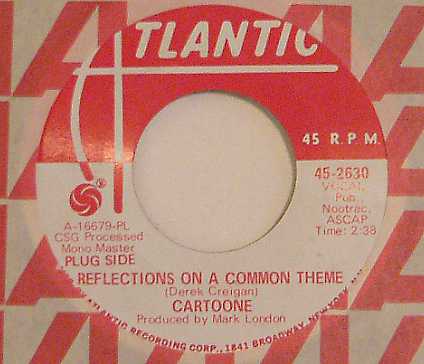 Despite 'Cartoone' selling 85,000 in the US, Atlantic delayed releasing the second album and the band were also without a lead guitar player
as Harvey wanted to get back to his own band and its vocalist, his girlfriend Maggie Bell.
Unable to fully function now, Cartoone were dropped by Atlantic and split up on their return to the UK  - broke and doubtless more than a bit disillusioned.
Harvey apparently got a new Gibson and a fringed jacket for his efforts plus a glimpse of the big-time.
Les Harvey of course was tragically killed on stage by faulty gear  in '73.  Maggie Bell, perhaps ironically, would twice suffer having US recorded albums refused a release. 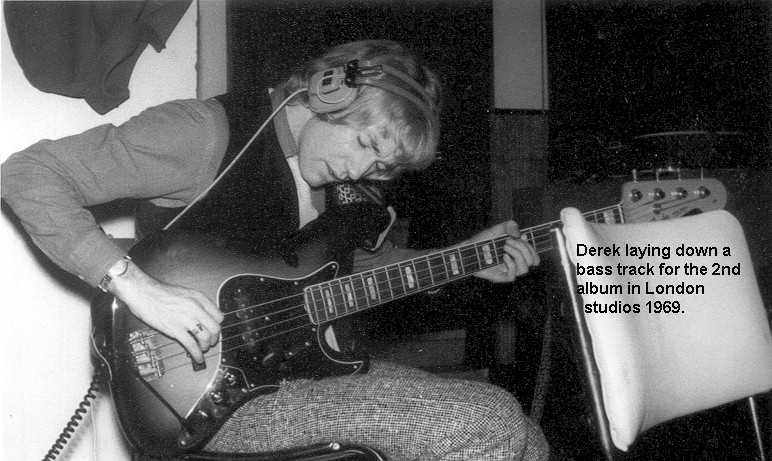 Of the other members Derek Creigan continued writing and recording songs until his death in1990.
Mo Trowers passed away in Australia circa November 2004.
Mike Allison's decision to concentrate on writing paid off - he wrote a No1 song for Olivia Newton-John 'Every Face Tells A Story" and got a US Grammy for it.
He also wrote 'I'm Nearly Famous' for Cliff Richard, and wrote half of the songs on that album which sold millions.
Mike, (when we last heard)owned a recording studio in London, and helped develop new artists for major record companies. 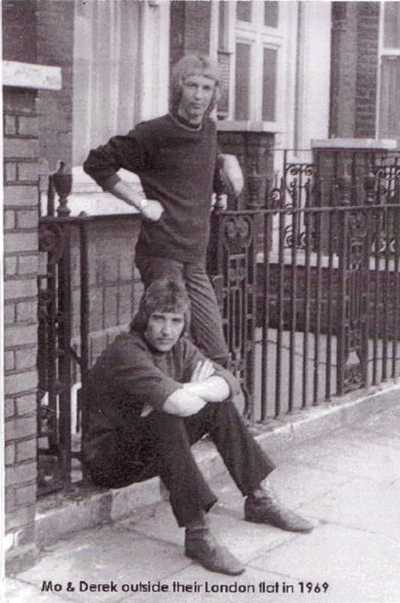 Something has to be said about Derek Creigan's vocals.  His warbling on Withering Wood especially gives Craig David a run for his money
but as well as the style there's a unique quality to the voice that's just so hard to describe but here we go: -
Mid range, laid back easy, soulful, pained yet sweet and warm... no, can't do it justice, you'll just have to hear it for yourself!
The harmonies from the rest of the band  - lots of oohs and aahs, bam bam bams etc that fit around him perfectly. 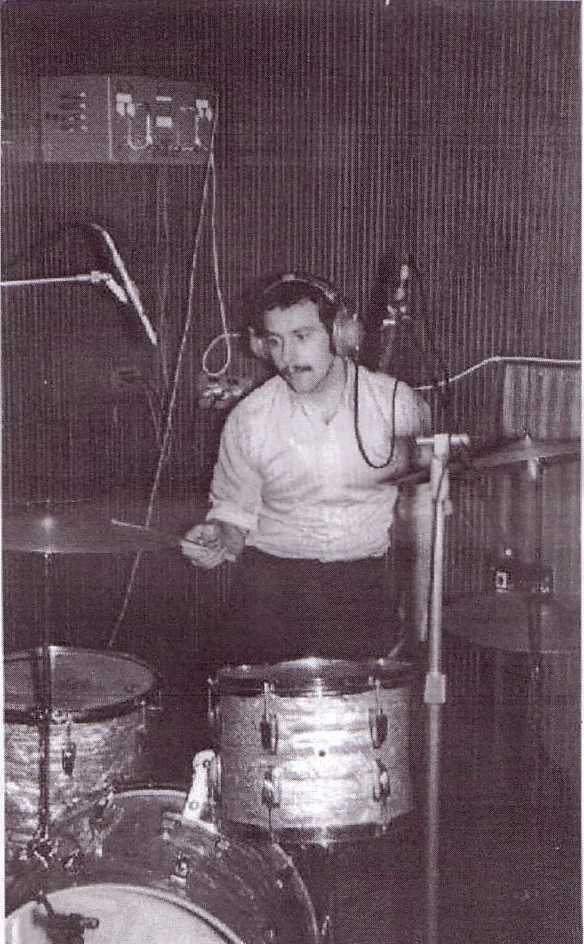 Dennis Sheehan who was Cartoone's roadie also fell on his feet - he became tour manager for U2.
Thanks again to Charlie Coffils' for all his help putting this up.

Got this far?  Well we felt we should say some (a lot) more about the album.  You can listen to some of the songs at: www.myspace.com/cartoone

Knick Knack Man
Wonderfully miserable song. Describes the presumed sad life of a bloke selling knick knacks on street corners for a living.
These days they flog batteries and disposable lighters instead of matches and shoe laces - and they look more cheerful!
Whistled intro and outro - fairly rare on rock/pop records - Brian Ferry must have been listening.  Jimmy Page on Telecaster.

The Sadness of Toby Jugg
Cruel taunting of Toby Jugg, the fat boy on the corner, and his unrequited desire for Little Lorna.
Surprisingly top track - never heard 'sad' used as a put down until a good decade or more after this recording.
Oompah type band backing in places.  Jimmy Page on Telecaster.

Penny for the Sun
Orchestral accompaniment but still a group number.  Medium paced.  Great vocal performance.
Can't tell what its about but not surprised it wasn't a hit.  Good song but far too melancholy for the charts.
Jimmy page on acoustic.

Girl of Yesterday
Impossible that Dean Ford did not hear the chorus couplet 'All my sorrows could have been avoided', 'And tomorrow would be worth waiting for'.
They knew each other - see above.  Excellent orchestral arrangement.  Backing vocals are repeat lyrics instead of the usual oohs and aahs.
Jimmy page on acoustic.

Can't Walk Back
One of the 'singer with backing' type numbers on the LP.  Slow paced anguish of a broken love affair. Jimmy page on acoustic.

Let Me Reassure You
Upbeat rock tempo. Wa-wa guitar riff and pushes along an optimistic lyric about happy endings to fairy tales. Superb acapella ooh break in middle.
Unobtrusive touch of strings at the end.

Mr Poor Man
Back to the slow paced ballad of singer and backing.  Gloomy comment on the life of a homeless destitute.  Streets of London without all the maudlin pathos
. In fact Ralph McTell could have nicked the idea and lyrics from this - seems too similar in places to be co-incidental.
Cold, ragged clothes, litter blowing about, no one caring, people walking past.
Which came first I wonder?  Great vocal harmonies. Jimmy Page on acoustic.

Doing What Mamma Said
Medium paced reflections on a break-up after having gone back to the comfort of his mum to get looked after.  Prominent string backing with some brass but still a band number.
A hint of the 'To Love Somebody' in the orchestral riff at the start and end. Now that was definitely out eighteen months before this.
Jimmy page on acoustic.

See Me
Catchy Bom bom bom vocal riff around a tale of wishing wells and taking it easy.  Jimmy Page on acoustic

Reflections on a Common Theme
Very personal and bitter song about a failed marriage.