Some LP Covers and 45 Labels of Other Scottish Bands
If you collect Scottish LPs these are must haves.

Johnny Law and the MI5 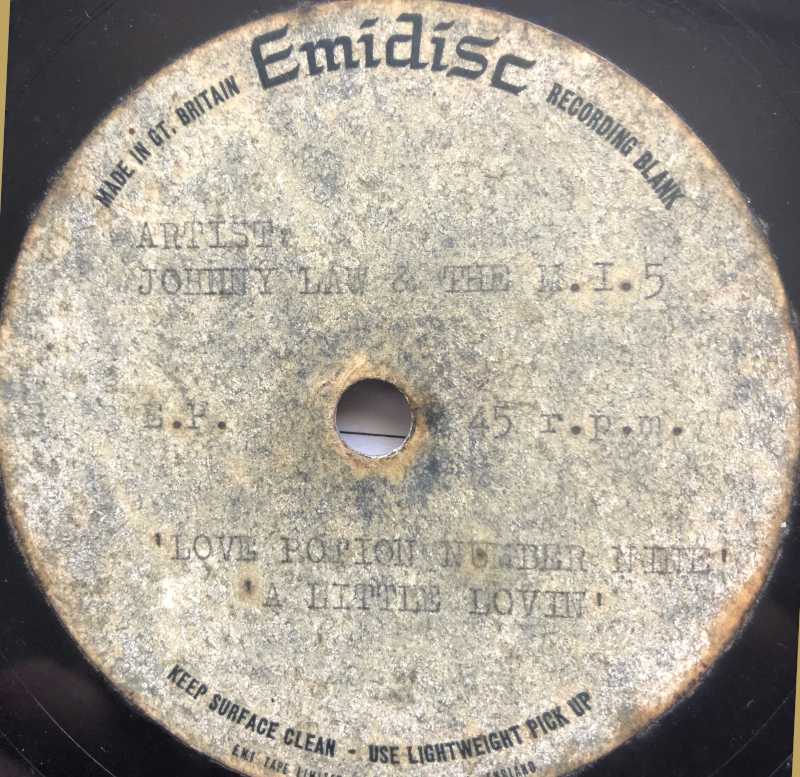 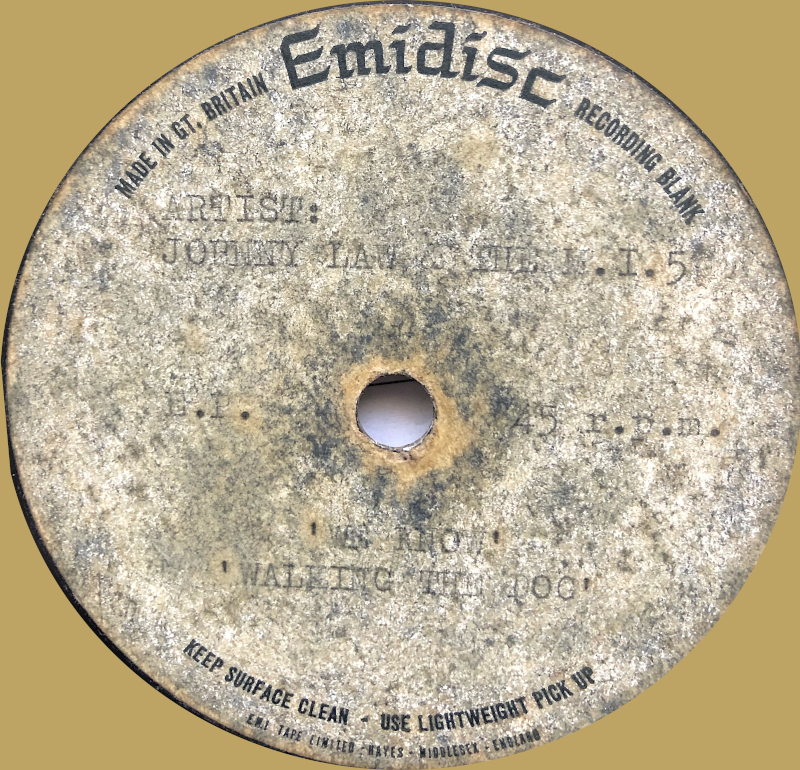 A real historic find here by Kevin Gowland in among a 'job lot' box of 45s he bought from a flea market.
Labels are from of an acetate EP by mid '60s band Johnny Law and the MI5.
Printing has faded a bit over the decades but still just legible.
Side1: 'Love Potion Number Nine' & 'A Little Lovin'.
Side2: 'We Know' & 'Walking the Dog'.
The essential www.Discogs.com does not list any official releases by the band so maybe this is all there is.
According to the excellent www.scotbands.moonfruit.com site the band were from Motherwell and consisted of
Johnny Law (vocals); Jim Cairns (lead gtr); Carl Saunders (gtr); Jay Taylor (bass) & George Gibb (drums).
See pic of the band contributed by Stuart Prentice on our page 'More photos etc' 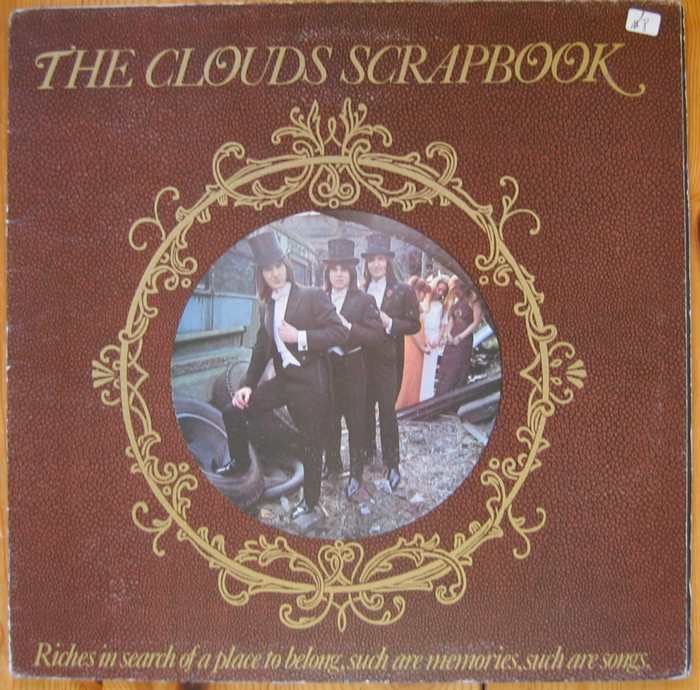 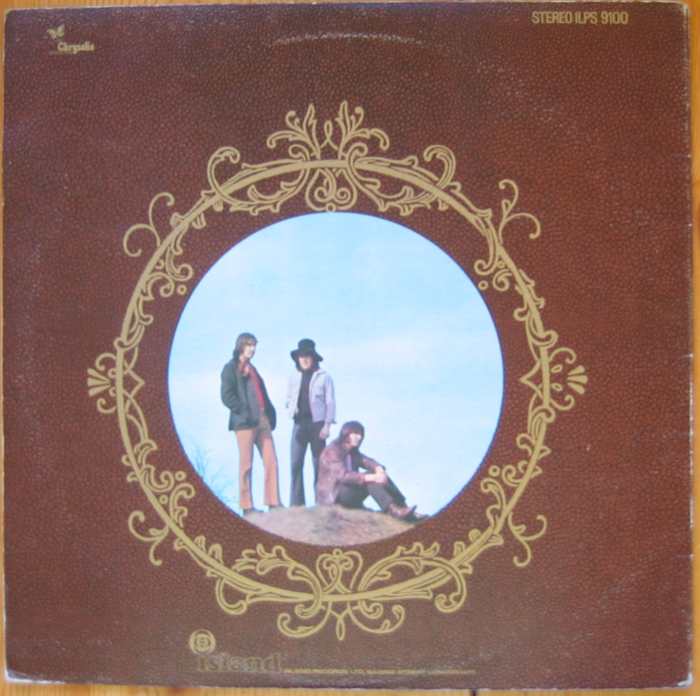 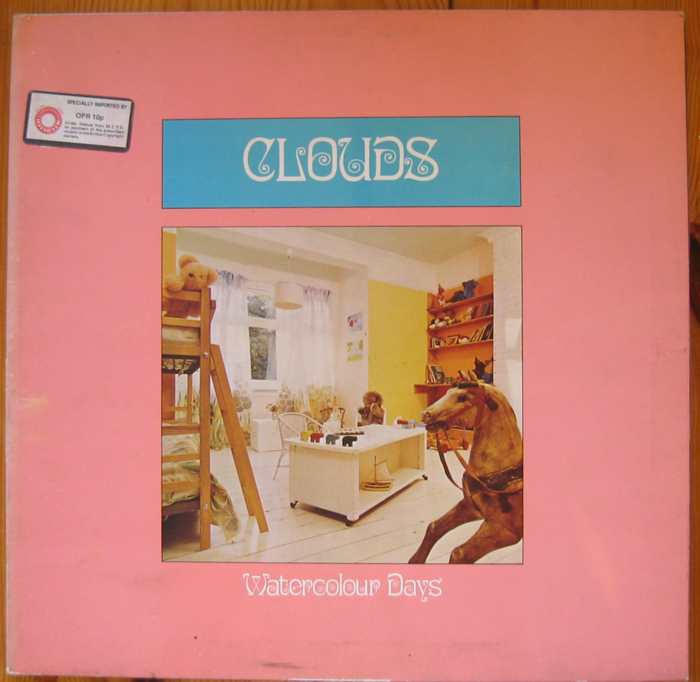 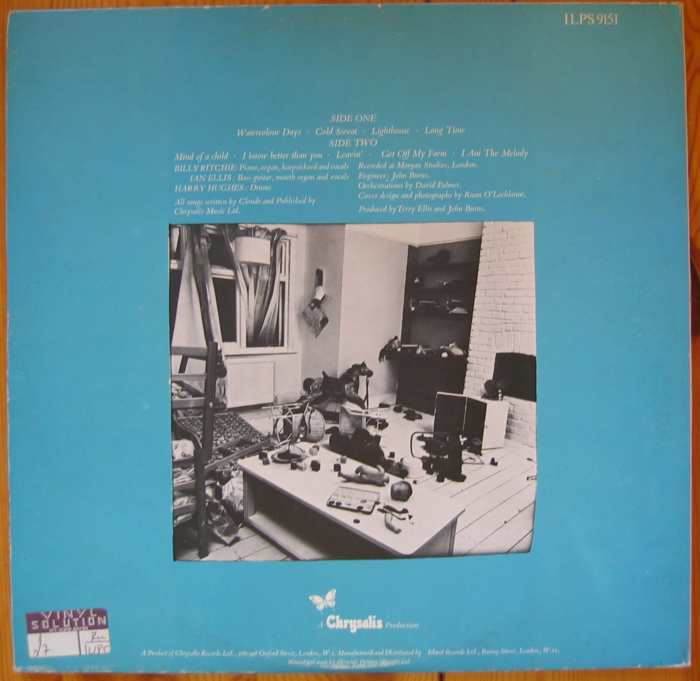 'Watercolour Days'
There was an album between these two released only in N. America.
All three plus bonustracks to show they werre ahead of their time somewhat are available
on a double CD - 'Up above our Heads'. 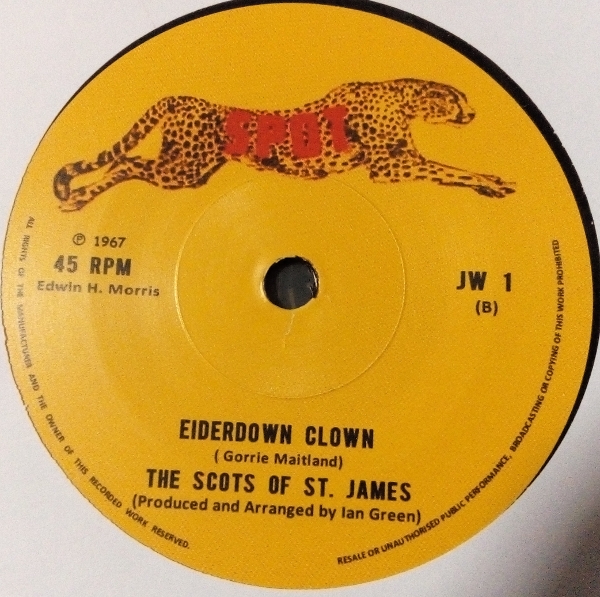 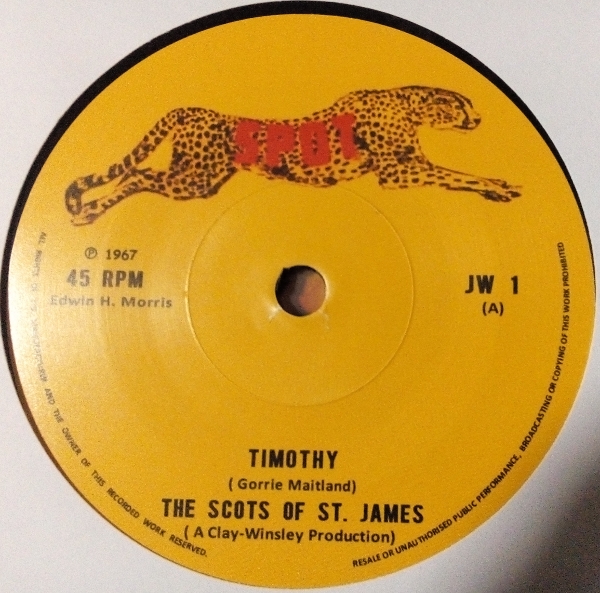 Our  'Copies' of the two singles by these guys. Probably bootlegs or 'unofficial'releases as they are often described.
Interesting not just in themselves but also the Alan Gorrie, etc connection. with the AWB 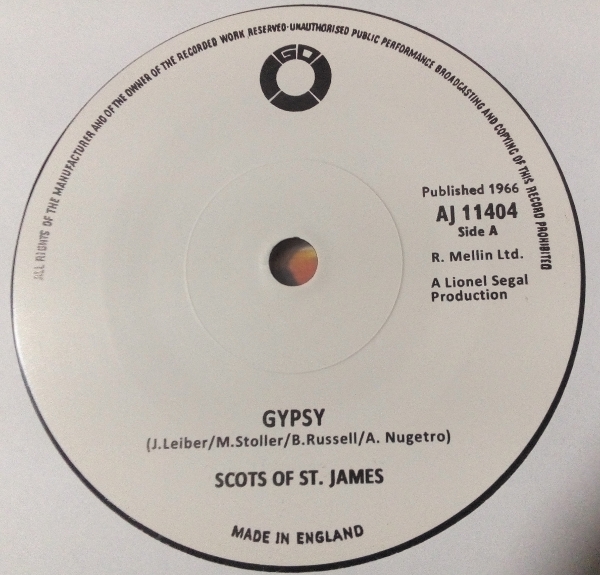 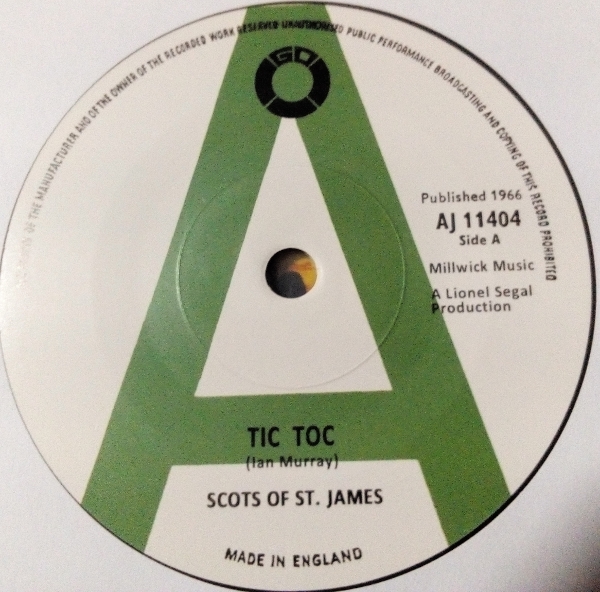 After 'The Scots of St James' the main guys were in Hopscotch with Hamish Stewart - need to get their singles!
then recorded  two LPs for RCA under the name: 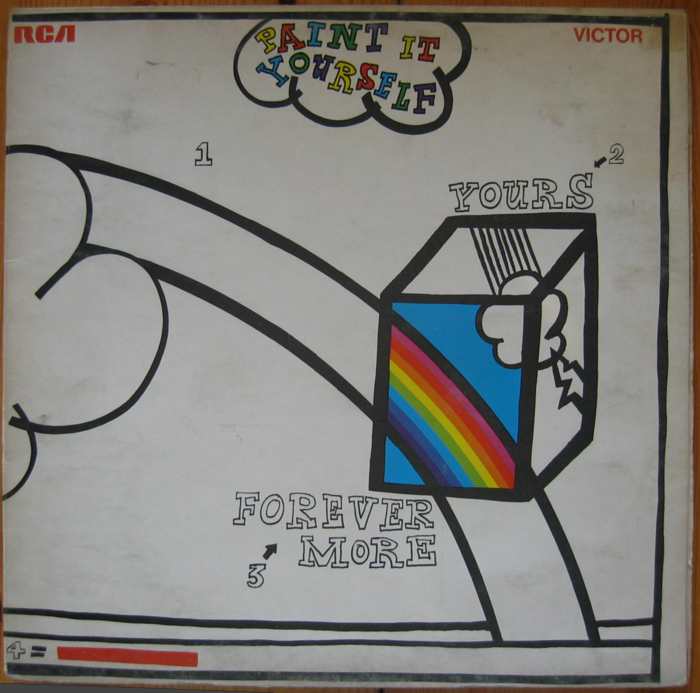 1st LP above - 'Yours Forever More' not 'Paint it Yourself'
2 tracks written by Gorrie, 4 by Travis and 5 by one 'Sam Hedd' - AKA Mick Travis/Strode  Contractual reasons?

2nd LP below - 4 penned by Gorrie, 2 by Travis and the rest by Gorrie/Travis. 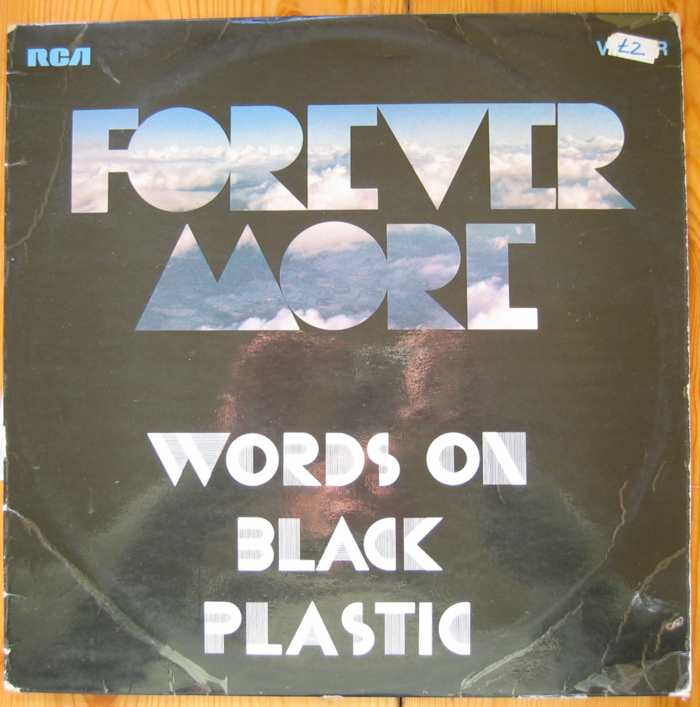 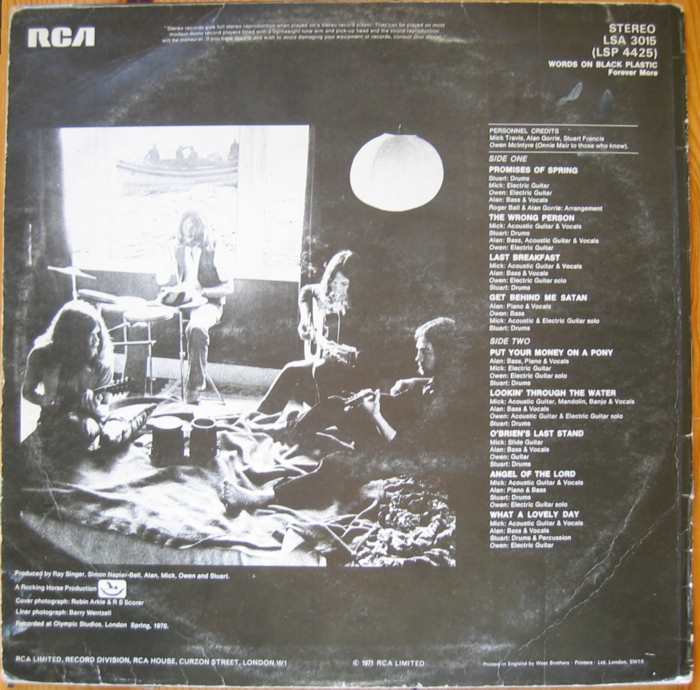 The name then changed to Glencoe. 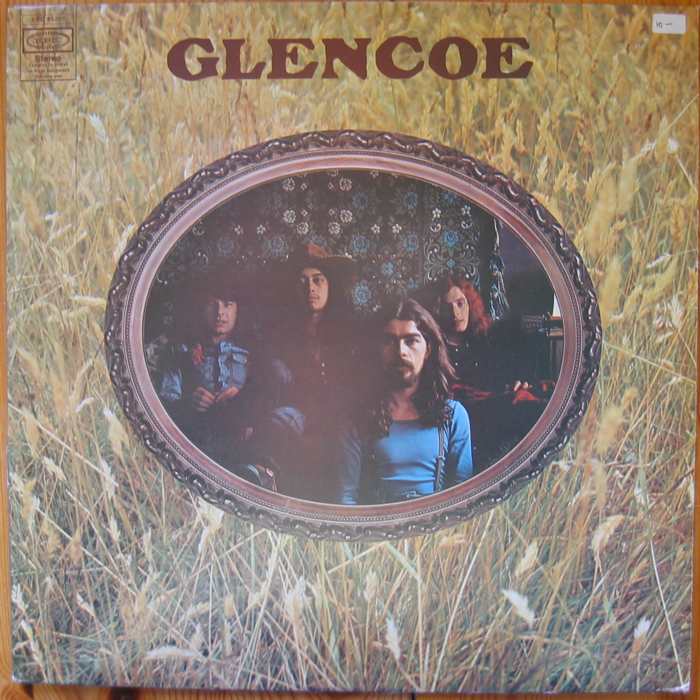 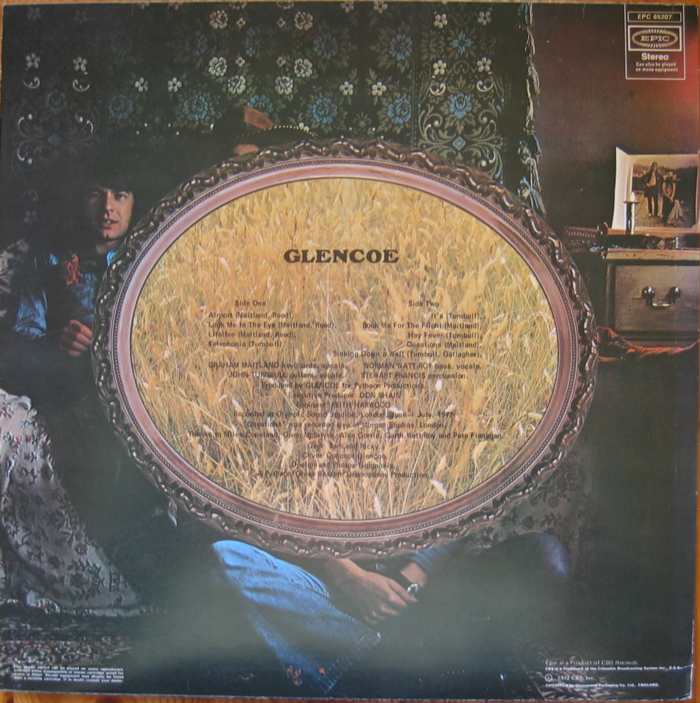 Two albums : Glencoe & Spirit of Glencoe.
But by the time these were recorded only one or two of the band were Scots - which is ok.
Graham Maitland (keys, vocals), Norman Watt Roy (bass & vocals), Stewart Francis (drums), John Turnbull (guitars vocals). 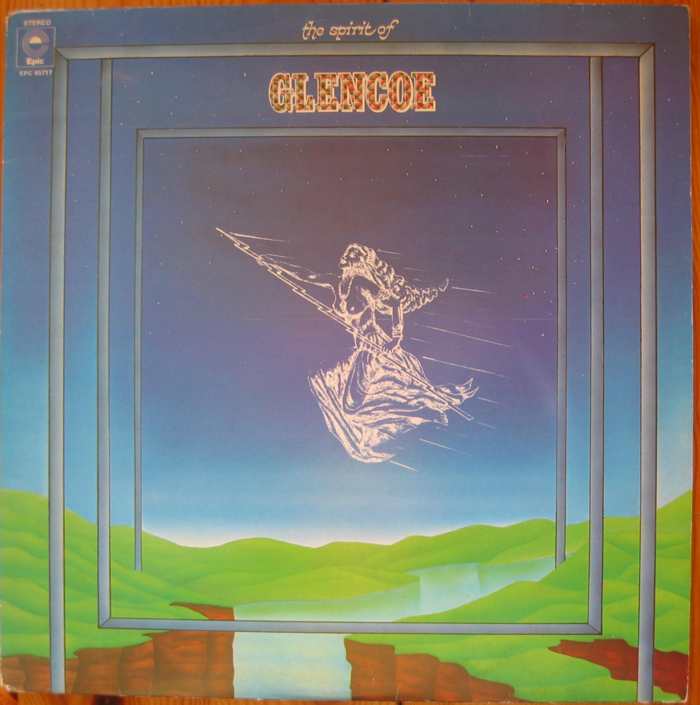 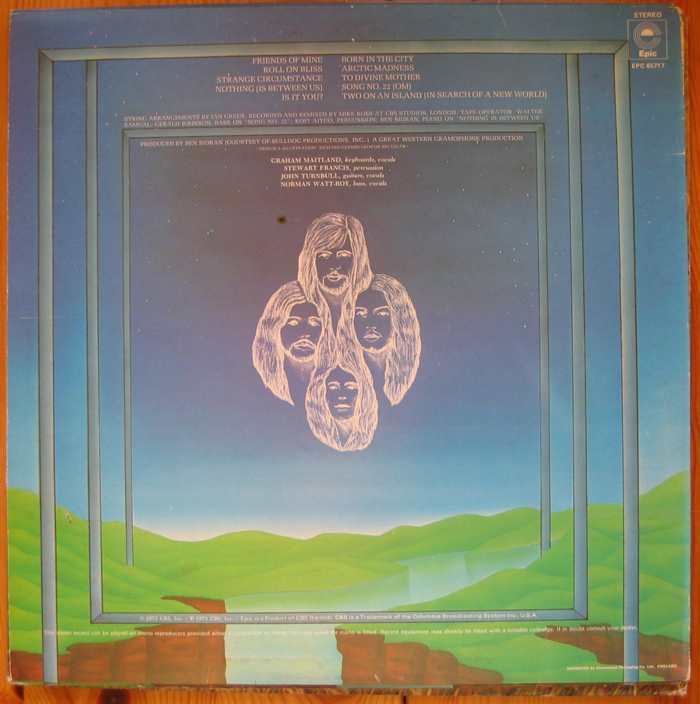 Cado Belle
The name is an amalgam of the Italian/Latin, 'Cado': 'I fall or I die' and the French, 'Belle': Beautiful.

We saw the wonderful Maggie Reilly in Arran in 1974 with her then band, Joe Cool.
And then with Cado Belle in the Nashville Rooms, West London in '75 or '76. 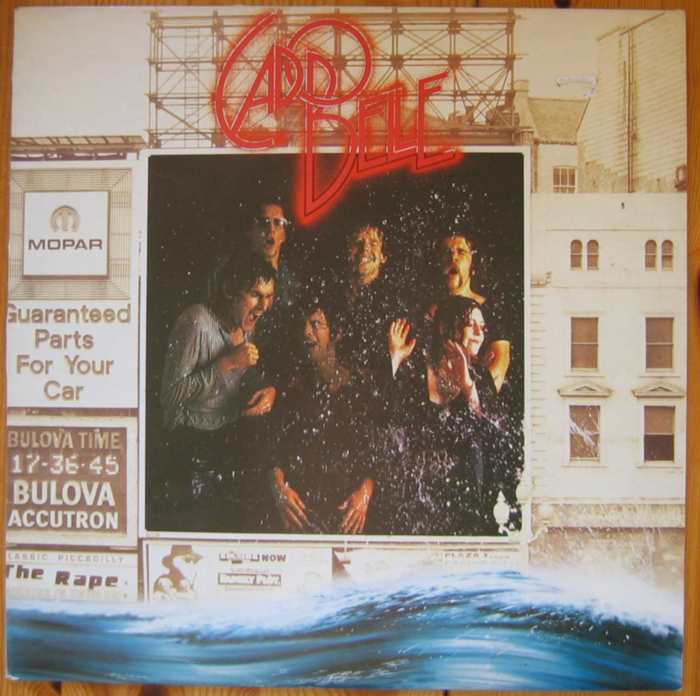 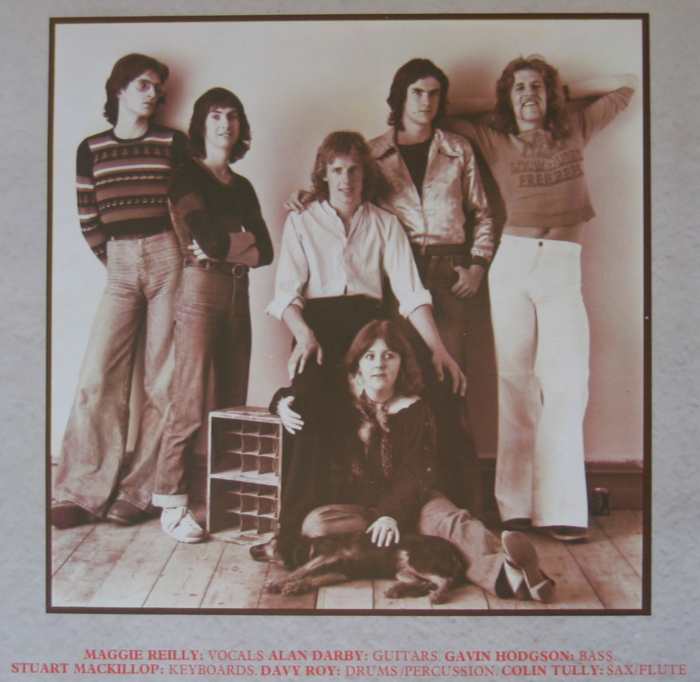