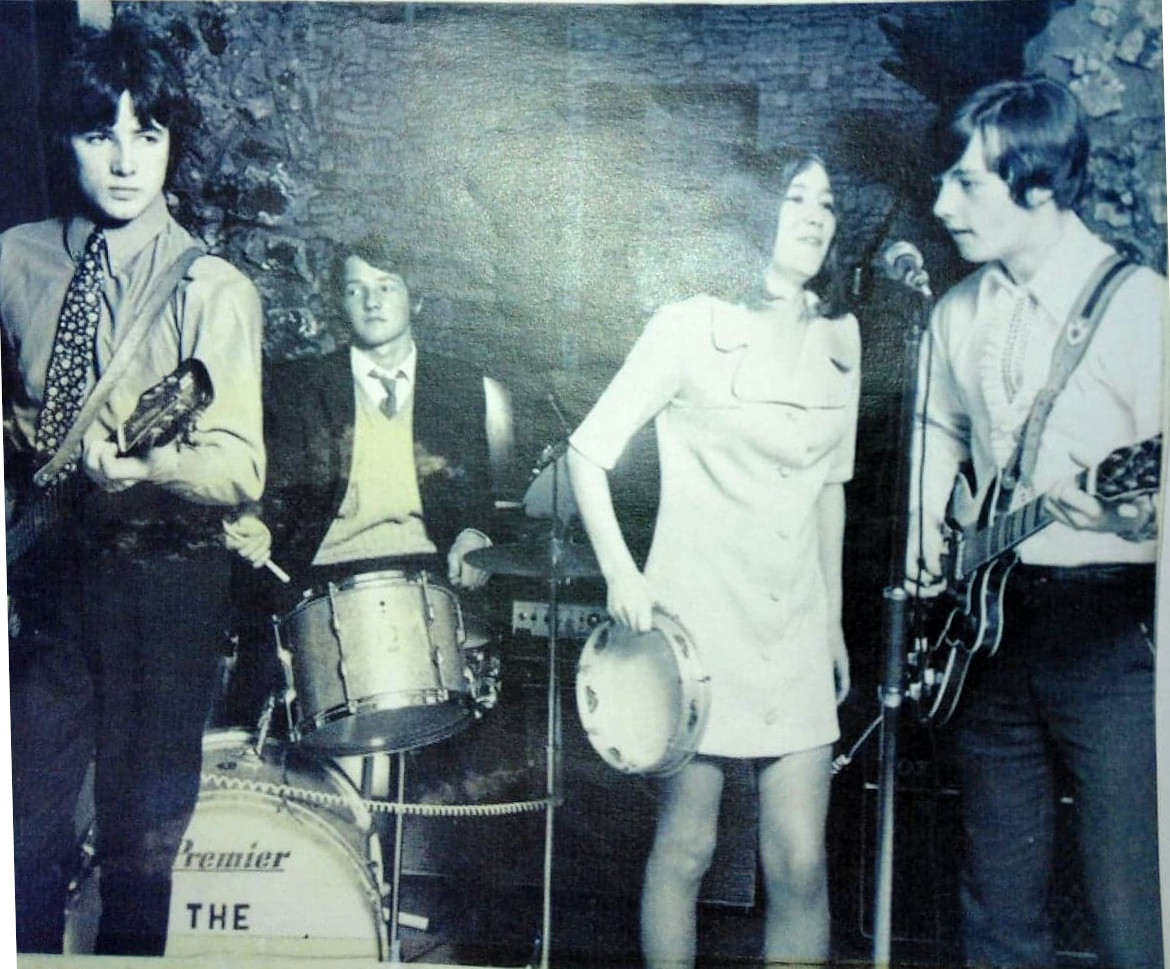 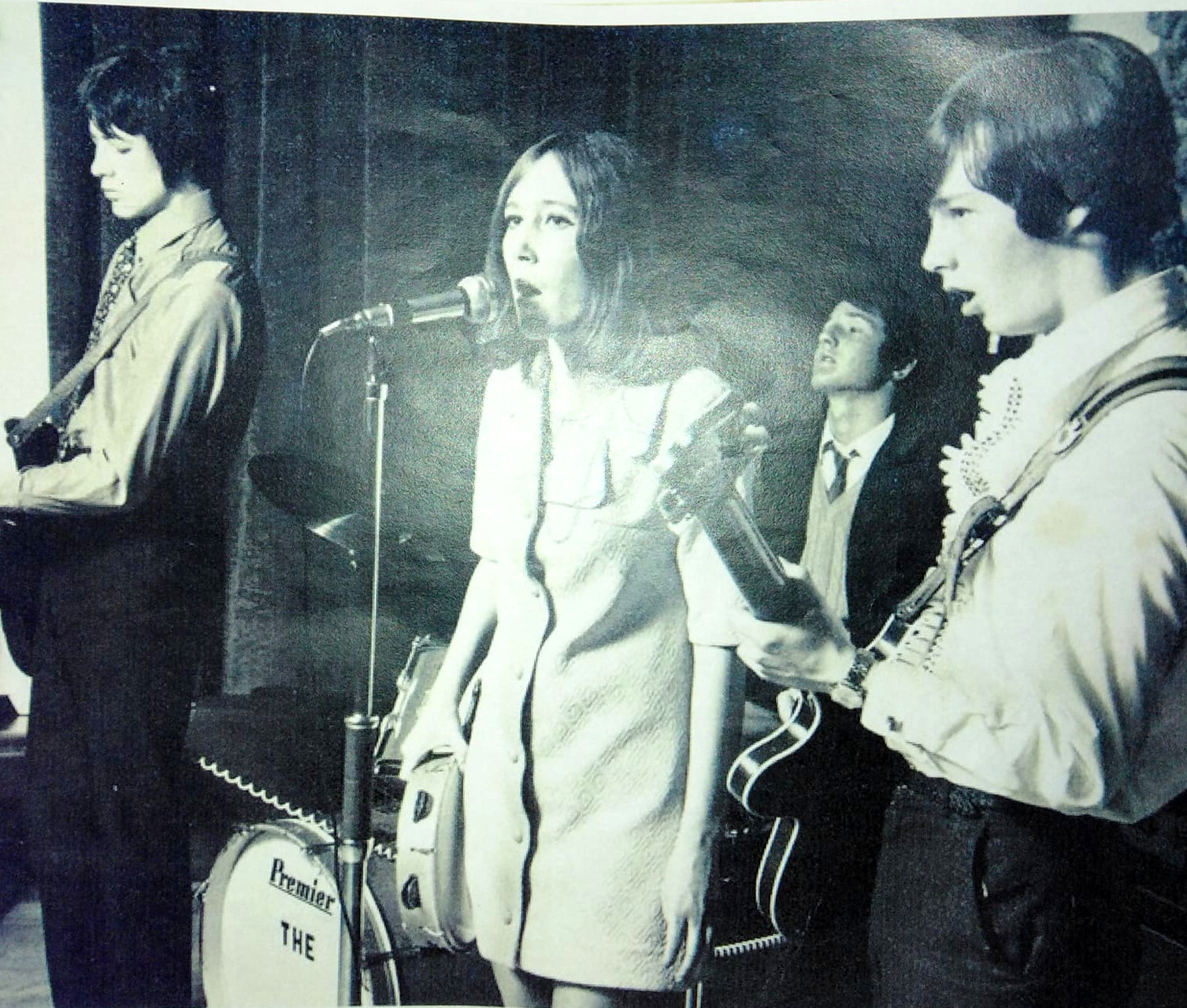 Two action shots of the Breeez  live at the Golden Eagle, Prestwick c.1966
Pics courtesy of Janice McNamee via Robin Gilmour.  Also, most of the info.

When the band formed in 1966 Janice & Bobby - were 15. John - 16 and Ronnie - 18.
Apparently their first few gigs were in a literally 'spit and sawdust' pub in Kilmarnock
before getting a residency at the Golden Eagle Fri, Sat & Sun evenings + Sun afternoon session playing chart hits etc.. 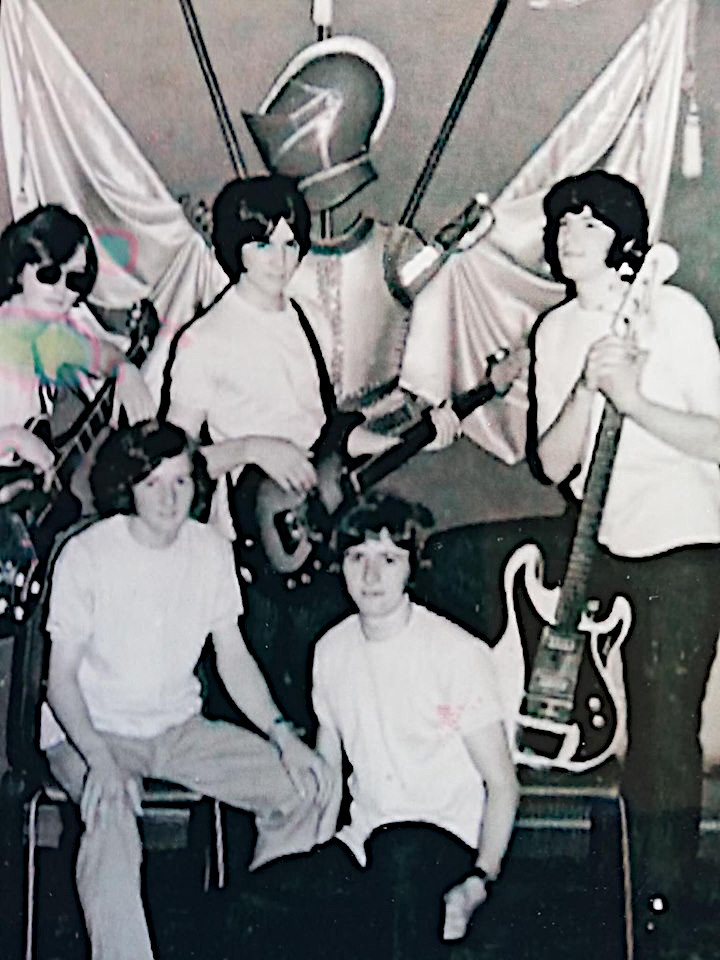 Photo of what might have been the next line up of the Breeez (photo contributed by Bobby Lumsden).
l-r Top: John Haughey, Bobby Watson, Ian Allan (bass)
Bottom: Ronnie Anderson, Ronnie McIlwraith? (instrument unknown. Keys?)

The next major change for the band was the introduction of John (Jock) Whiteside on bass/backing vocals.
Musical Style: Contemporary rock Once did an open air gig in the entrance to the Bobby Jones
where they played regularly in the Bobby's 'Cellar'.
Also did a 'progressive music' night at the 13-16 age ABC club.  Numbers like Cream's Politician - blues really.  Very bold move at the time.

Ian McNair from Mauchline deputised for John Haughey a few times on Friday nights as his commitment to the Corsairs increased.
Bobby Watson was still playing in the band at that time according to Ian.
Eventually, in 1972, Ian replaced John permanently and the band was down to being a three piece:
John 'Jock' Whiteside - guitar/bass/vocals, Ronnie Anderson - drums, Ian McNair - guitar/bass/vocals.
Musical Style: Rock - Rory Gallagher etc. Great version of Blue's Little Jody. Venues: The Tupp etc.
The Breeez finally wound up in late '73 with all three going on to play in other groups for many years.
See also Ian McNair page among Ayrshire Bands.

The Tones : Fore-runner of the Breeez circa 1965?
Memorably played the Odeon Cinema Club for kid's in Ayr one Saturday morning doing Kinks covers
while the MC desperately tried to get some 'Tone-mania' screaming going. 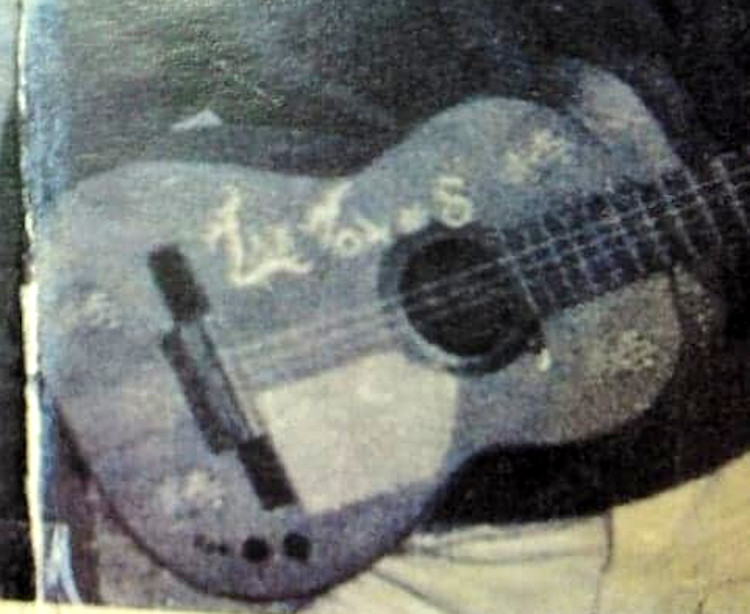 Blow up from an early snap of J.H. with a guitar. Is that 'The Tones' artistically emblazoned on it?