Rockingscots.co.uk
Rockingscots is a website dedicated to Scottish beat groups and rock bands of the '60s & early '70s

Male Order
Our thanks to drummer Brian Wilson for all the info here. 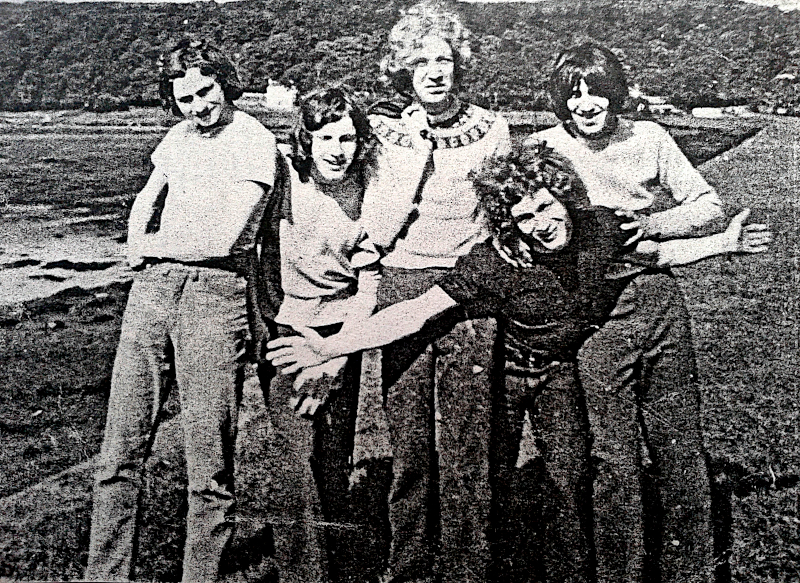 We played a mixture of pop and Tamala Motown, from 'Paint it Black' to 'This Old Heart of Mine'.
We 'progressed' to becoming more of a 'rock band' over the next couple of years with a set list including numbers by Deep Purple, Black Sabbath, the Doors, Steppenwolf, etc.
We always played music people could dance to and included a few slow numbers like 'Nights in White Satin', which was never dropped from our set list.
With the heavier rock theme came an upgrade in equipment: Marshall stacks: 100 watt amps with two 4x12 speakers each for the guitarists and keyboard player.
The keyboards were also traded up, to a Hammond for that classic rock sound and I changed my drum kit to a George Hayman ordered from Dallas, Texas.
I believe it was the first in Scotland.'

Male Order were with the Music & Cabaret Agency (MAC) which meant gigs every weekend.
We did all at the club and dance venues, Electric Garden, Sergeant Peppers, the Flamingo,
the Cragburn, the Kinema, La Bamba, Pailsey Town Hall, Cumnock Town Hall - pretty much everywhere between Eyemouth and the far North of Scotland.
It was not unusual to finish a gig at midnight and head back to Sergeant Peppers to support Frankie Miller, White Trash, the Poets, etc.

We played a lot at the Maryland in Scott St, Glasgow where we supported Dream Police, Jimmy James and the Vagabonds, the Foundations and Pink Floyd..
Jack Bruce from Cream was at the Floyd gig and Willie Cuthbertson who ran the Maryland introduced me to him in his office.
The dressing room at the Maryland was smaller than a Bar L cell (LOL) and the stage door was so narrow that
Hamish Stuart from Dream Police had to come on sideways - he had very big hair!
We became the resident band there on Sunday afternoons.  That was a teenie bopper gig where we tried out new stuff.

We supported the Move at the Electric Garden with Carl Wayne and Roy Wood sharing lead vocals,.
The Stoics were also on the bill and played such an amazing set that for me, they were the act of the night.

The Flamingo was another great gig.  I have fond memories of Ian Clews, singer with the Pathfinders, no-one could come close to Ian singing Motown classics.
We supported Long John Baldry at the Flamingo (the Flam) and also the Herd, just after Peter Frampton left; they split up shortly thereafter. 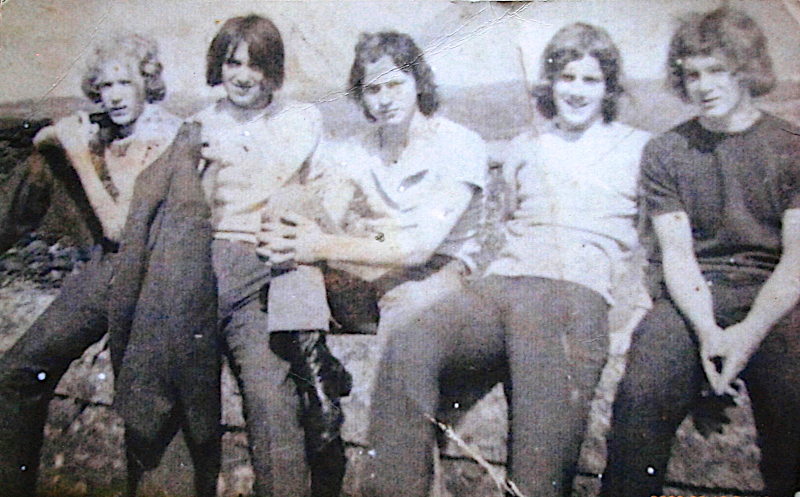 A week in Arran with the Poets and the Beings was the nearest we got to going overseas. The Poets were lovely guys with a mad sense of humour.
I remember we were playing on stage in Lamlash when Hugh Nicolson of The Poets appeared on stage, starkers with a guitar covering his crown jewels.
We played with Slade, who were then called Ambrose Slade, at Bearsden Town Hall.  They were still a skinhead band.  That night they played the Beatles' Matha my Dear
with the bass player on violin - they later released their version.  They looked scary as skinheads but were great guys with an amazing guitar sound.

Male Order broke up around 1971, Gordon Apicella went on to Play with 'Stumble' with Midge Ure.  He later appeared on the 'This is your Life'  tribute to Midge.
Ian Callaghan played with a dance band (no details) and now runs his own company in Canada.
Jim Bunyan joined a band in Sweden and later returned to the UK and later established a successful furnishing business.

Neil Henderson joined the Bay City Rollers and played on their first record, 'Keep on Dancing'. 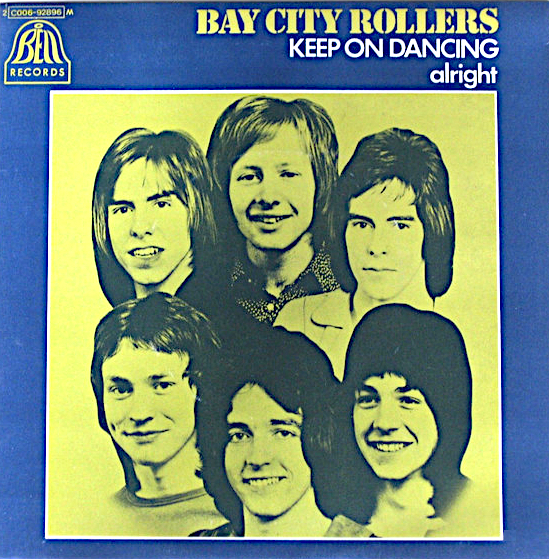 Picture sleeve from the French release. Neil Henderson bottom left.
Neil then joined 'Middle of the Road' with whom he recorded about 7 albums over a period of 25 years and he is still performing and recording.

In 2009 I teamed up with accomplished guitarist/vocalist Adam Glover and we were later joined by Matt McGee on bass who had band and orchestra experience.
As the Adam Glover Blues Band, we recorded a cover of  'Hey Joe' for Reverbnation, which reached no3 in the UK Blues chart. 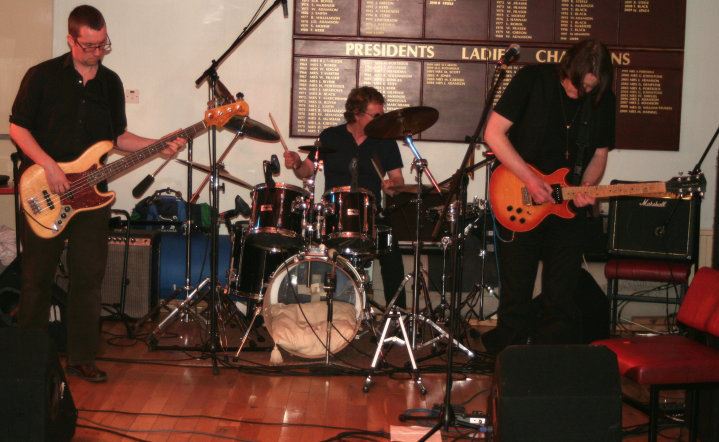 Adam Glover Blues Band at the Thornhill Blues Festival  l-r: Matt; Brian; Adam.
We played many of the pubs and clubs on the 'Blues' circuit including several appearances at 'Rockers' in Glasgow and
supported the excellent three piece 'Paul Rose Band' with the late Ted McKenna (SAHB) on drums there.

My final band was 'Tambo and the Spitfires' who I joined  in 2012. At that time they were the resident band at the Eagle Tavern in Prestwick.
The line-up was Tambo i.e. Thomas Brotherson (vocals/harmonica), Brian Milligan (lead guitar),  Darren McLelland (lead guitar), Bill Briceland (bass),
Frank Harkin (keyboards) and yours truly, Brian Wilson (Drums).