Starting off as Systems Go around '66 then after a name change the band lasted well into the early '70s. We can remember them playing at
school dances, church halls, the Bobby Jones and many other venues. 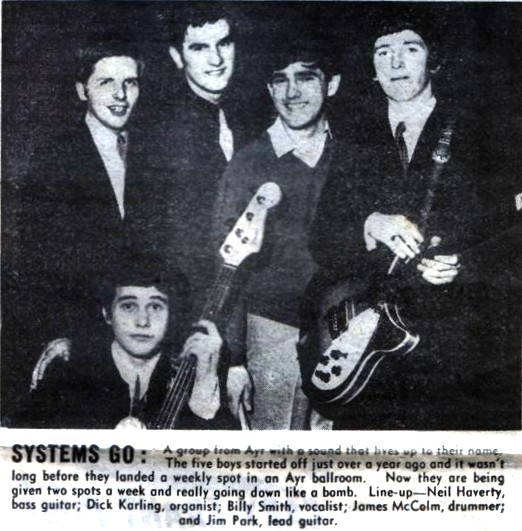 Above: a cracking picture of Systems Go Mk 3 from Bill Smith.
See his full account of the changing morphology of the band below.

But first a word from Systems Go bass player Neil Haverty.
(Neil sadly passed away at his home near Cambridge on 2 August 2009.
His contribution is full of humour and shows the fond memories he retained of the period. )

"I was the bass player with Systems Go from 1966 to 1968 and had an incredible time with the band, with probably the highlight being voted into the Daily Record's "Top Ten Scottish Bands" feature in '67 - wish I could find a copy of the photo from that article though Jim Wilson will not be happy if I do....the photographer from the Record turned up out of the blue one Sunday night at the Palais in Ayr, just before our session began. Jim Wilson had a throat infection and so missed the gig and therefore the surprise photo session. He was not exactly a happy man when it appeared during the following week!

Three of our motley crew were still studying at Ayr Academy (Ricky Karling, Jim Wilson and me) but not a lot of studying went on due to tours around the country backing some of the big name bands of the time - Dave Dee, Foundations, Equals, Love Affair, etc.  As a matter of form, I should mention our roadie, Jim 'Bag o' Bones' Campbell, who earned his name when I had to share a bed with his meatless, twisting and turning torso in an Inverness hotel one night.  Ricky Karling's dad was the band's manager and did a tremendous job in fixing the gig bookings. Eventually though I had to leave the band to take up a scholarship in electrical engineering   Inevitably, I really missed the fun and joined a London-based band called Kiss and then, about two years later, another London-based band called Sugar, but eventually I really had to choose between career and band....career won.   I still have a trusty Fender Jazz Bass and amp, and I have simply enjoyed playing for fun since then but I have some brilliant memories from that time.

In the meantime, in case anyone visiting the site remembers me, I am attaching a 1967 pic from around the time that I joined Systems Go, and an almost up-to-date one (mid '00s) as a clear warning to anyone who might be thinking of joining a band. The recent pic was taken late summer and shows how I still justify my non-PC name of Woggy, by the time autumn arrives each year."

Neil and  4 legged friend
Neil on the pic up top from the newspaper:  "Thanks very much for adding that pic....it not only made me laugh like a drain but has also caused much personal embarassment as a result of that pic appearing.   A few less wrinkles and a bit more hair at that stage of life, quite apart from anything else. It also looks as though I was wearing some sort of a tie, as much as I find that extremely hard to believe (and why is Ricky patting me on the shoulder?!)

My thanks (perhaps) to Bill for finding that pic and, if you talk with him at any point, give him my very best....before we actually knew each other from Adam, we were pictured together in Ayr High Street around 1966 by an Ayr Advertiser photographer who simply pulled us together out of the blue....we had both shown up on a Saturday morning wearing kaftans and cow bells, thus demonstrating to the local populace that the Hippy Age had apparently arrived in Ayr!
Apart from a thick ear from my mum (who had no idea about any of that, until someone pointed me out in their copy of the paper the following Thursday), it was one of those "doo-doo-doo-dooh" (sound of trumpets) moments when Bill suddenly popped up in the band, some months later."

Bill Smith sets out how the band name and line-up changed over its lifetime - with some photo assistance from Tom Kerr. 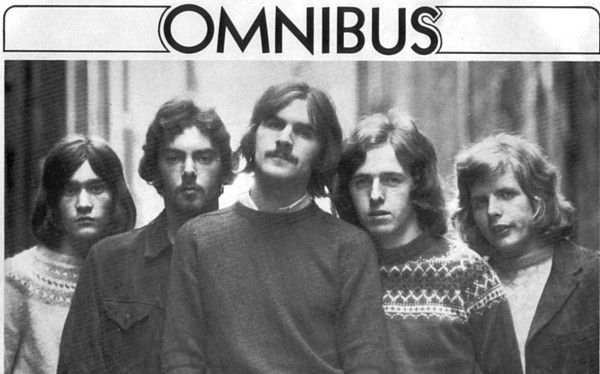 As Bill remembers it - Systems Go played mostly Tamla Motown and Soul with some British Pop like the Beatles, Stones, Who, Move etc.
The early version of Omnibus replaced most of the Tamla and Soul with songs from British acts like Bad Company, Status Quo, and Wings,
The later line ups were attempting more challenging material by Deep Purple, Uriah Heep, the Doobie Bros, Pink Floyd, 10cc and SAHB.

During their existence “Omnibus” and “Systems Go” were support acts to many sixties bands who toured at this time including, The Troggs, Amen Corner,
Geno Washington,,Jimmy James and the Vagabonds and David Bowie! 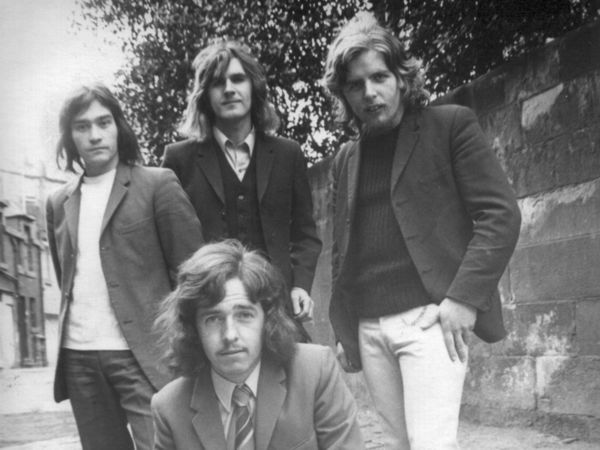 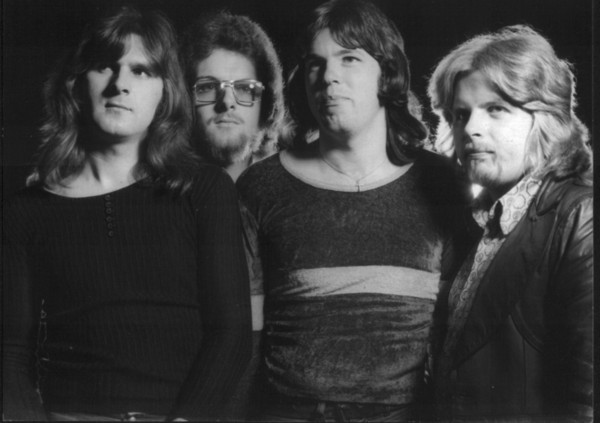 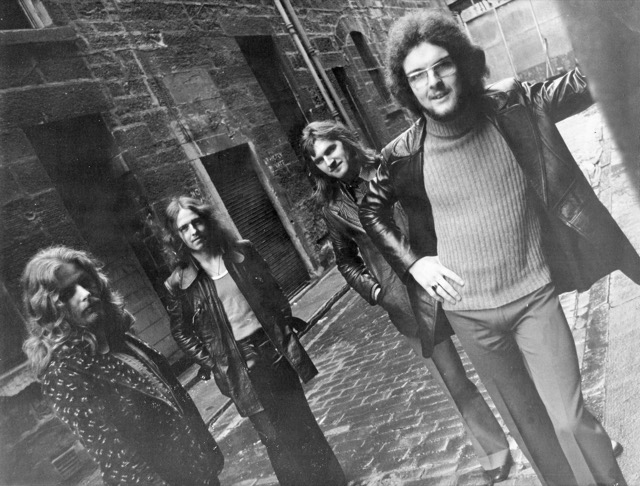 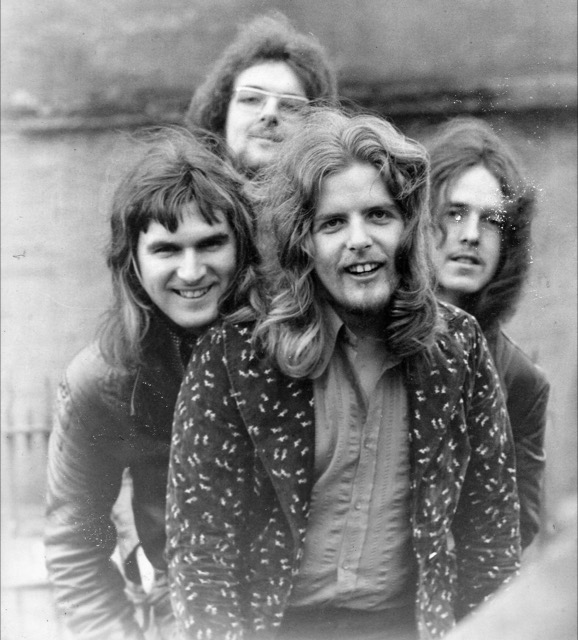 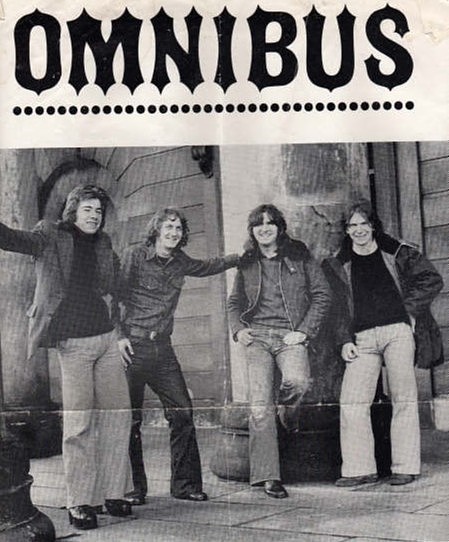 2016 - John Ballantine moved to the US in the 1980s and established a career writing and performing country/honkytonk music.
See :  http://crazyheartmusic.com/  Lots of good live videos!
1990s/2000s/ comments:
Bill still plays occasionally in the Perth, Fife and Edinburgh area and sends his best to all his ex-band mates.
Jim Park and Tommy Kerr were reckoned to be still gigging. See some more on Tommy at: Tommy Kerr's Page.
Sadly, Robert Alanack is no longer with us.